History of the Yowie

Yowie creatures have been reported since the first European colony in Australia. Aboriginal culture also describes the "hairy men" which goes by several different names.

There is some conjecture as to when the name Yowie was used to describe these creatures. The term was definitely in use in the mid to late 1800s and the name Yahoo from aboriginal culture has been mentioned earlier. In the very earliest report from European settlement it was called "wild man", see below.

The first European reporting of the Yowie we have been able to find is from an article in 1789 that has the title "A Description of a wonderful large Wild Man...brought from Botany Bay". The report details how the large 9 feet tall creature was captured while asleep and brought to England and displayed to the public. A copy of the original report is below. 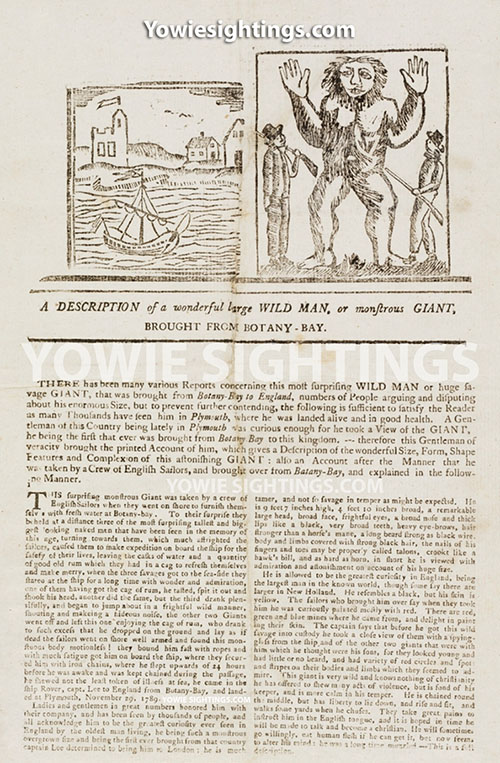 Yowie have been reported in every mainland state in Australia as well as Tasmania. The bulk of written reports come from Queensland and New South Wales.

THIS PAGE IS CURRENTLY UNDER CONSTRUCTION - Please view again later.